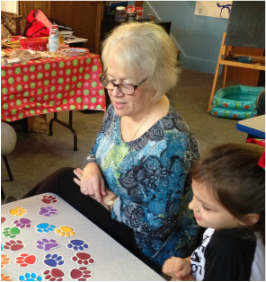 When Sandy's granddaughter began struggling in school and struggling to learn to read Sandy and her daughter set out to find answers because there had to be a reason why her very bright granddaughter was struggling in school.  After seeking evaluations and consultations with professionals in the central Arkansas area, Sandy continued to have more questions then answers.  This put Sandy on a path to not only help her grandchildren but eventually help many children in central Arkansas.

Sandy has not only become certified in all levels of the Barton Reading and Spelling System she is considered a Master Level Barton Certified Tutor.  Sandy's thirst for knowledge lead her to pursue advanced training in screening children for Dyslexia.  In 2014, Sandy participated in Susan Barton's Dyslexia Screening training.

Sandy's commitment to children and families has inspired her to be trained in other programs.  In the fall of 2015 Sandy was trained in the DuBard Association Method, which is an IMSLEC and IDA accredited training.  This training only enhanced the vast knowledge Sandy had, all of which has allowed her to adequately provide Dyslexia intervention services to children in central Arkansas.

In October 2015, Sandy began generously donating her time in the Schlarage.  Her motivation to learn more about implementing the DuBard Association Method led her to volunteer two mornings a week in the Schlarage.  Sandy's compassion and knowledge has enhanced the learning environment for the children.  In addition to volunteering in the Schlarage, Sandy selflessly volunteers to travel with H.E.R.E. 4 Kids to provide free Dyslexia screenings across Arkansas.

Sandy is not only a knowledgeable and successful Dyslexia interventionist, she is also a woman committed to promoting success in all children.  She has dedicated her life to helping children with characteristics of Dyslexia receive the intervention needed in order to promote academic success.
Proudly powered by Weebly